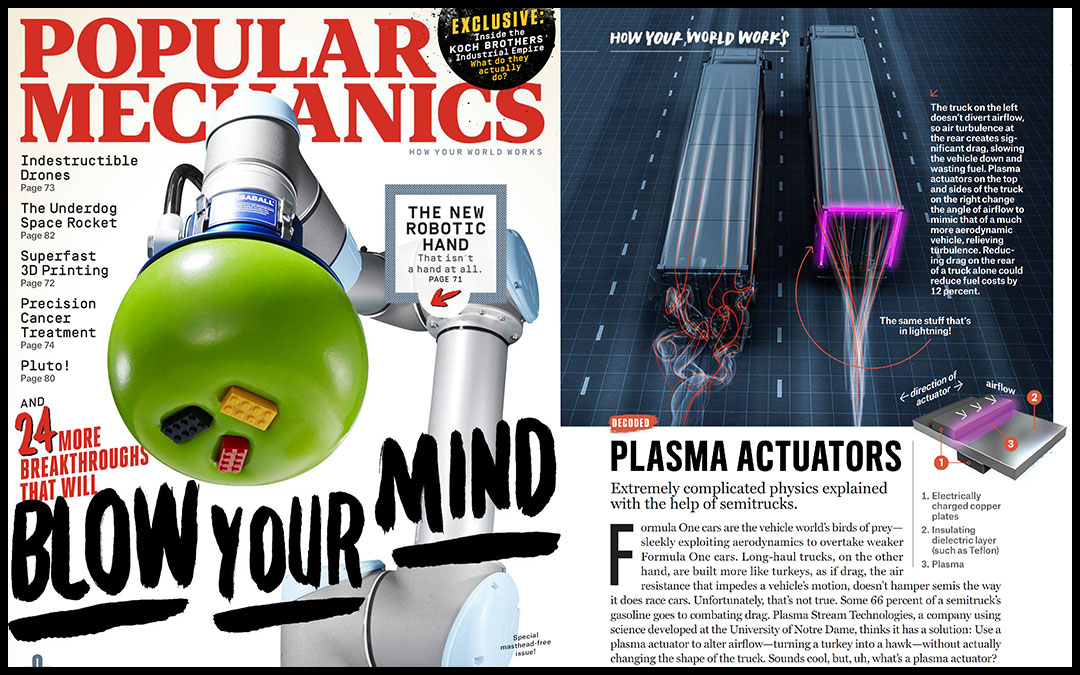 Unfortunately, that’s not true. Some 66 percent of a semitruck’s gasoline goes to combating drag.Plasma Stream Technologies, a company using science developed at the University of Notre Dame, thinks it has a solution: Use a plasma actuator to alter airflow—turning a turkey into a hawk—without actually changing the shape of the truck. Sounds cool, but, uh, what’s a plasma actuator?

According to Notre Dame engineering professor Thomas Corke, when an insulating material such as Teflon is sandwiched between two staggered, electrically charged copper plates, one exposed to air and the other trapped behind the Teflon, the surrounding air transforms into the fourth state of matter, plasma, which means that it develops an electric charge. The exposed electrode repels similarly charged plasma, pushing it toward the electrode with the opposite charge. As the plasma moves, it sucks neutrally charged air along with it, creating an air current the same way a fin or a spoiler would.