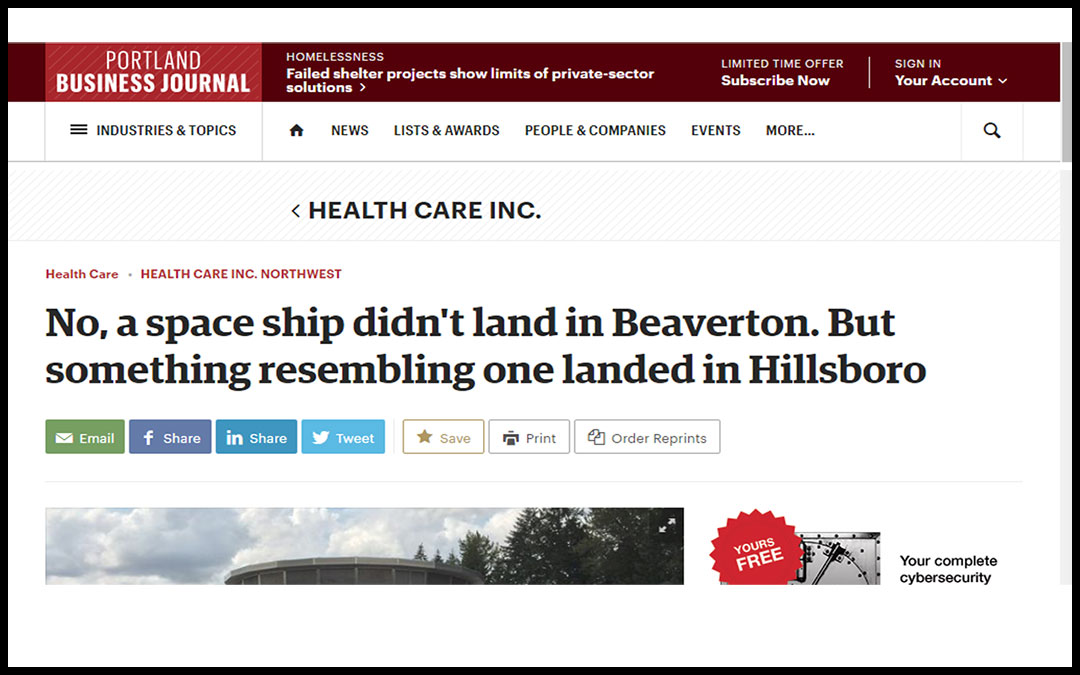 Located at 505 N.W. 185th Ave. in Hillsboro, the $22 million data center began operating in July. It may look like a space ship, but the center’s design and energy features will make it one of the most efficient data centers in the country.

“Data Dome” will use about half the electricity of a traditionally-designed data center. It predominantly uses ambient air for cooling. In fact, there’s no air conditioning at all, no ducts or exhaust fans, said Perry Gliessman, director of technology and advanced computing with OHSU’s Information Technology Group.

OHSU’s data needs are driven largely by its pioneering work in genomics, genetics and imaging to better understand and cure diseases such as cancer. Those functions generate “enormous amounts of data that need to not only be stored but analyzed,” Gliessman said.

“We’ve always maintained a database, but it was limited in terms of capacity and capability,” Gliessman said. “It became abundantly clear we needed much more computing resources.”

Data centers are all about creating a secure environment for computing and storage equipment. They also generate huge amount of power and heat.

“The key is to get enough air flow to exhaust the heat from the equipment running,” Gliessman said. With no heating system, in the winter, heat generated by the equipment can be used to warm the space.

The domed design is not only compact, but offers “incredible seismic stability” and an enormous capacity for air flow for a high density of power and equipment, he said. It’s also uniform in its geometry, so everything is equidistant from the core.

“It serves a lot of different purposes,” Gliessman said.