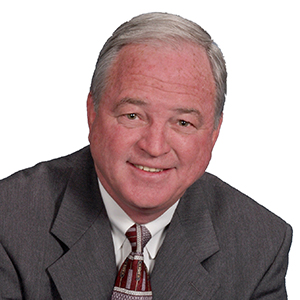 A former U.S. Navy pilot, Don started his business career with The Service Bureau Company as a Systems Marketing Exec after leaving military service in 1978. In that role, Don participated in the implementation of some of the early Yield Management Systems at Delta, Northwest and Piedmont Airlines. Subsequent executive and managerial positions at IBM, Control Data and KPMG over the next 23 years afforded Don the opportunity to gain valuable experience with some of the largest and most successful solutions companies in the world.

In 2001, Don started Fresh Eyes Consulting with a focus on Sales Effectiveness and Sales Execution. Over the next 15 years, Don has worked directly with technology leaders such as SalesForce.com, Netapp, Cisco Systems, Riverbed Technologies and Rockwell Automation to help those organization design and implement processes that would produce predictable and repeatable results.

Having remained active in the aviation industry after leaving the Navy, Don accepted a consulting engagement in 2011 with a Part 121 Supplemental Air Carrier as that carrier’s Senior Vice President of Sales and Marketing. In that role, Don was able to help reestablish that carrier’s 121 certification and to establish an OEM agreement with an international aircraft manufacturer to sell their new aircraft in the United States.